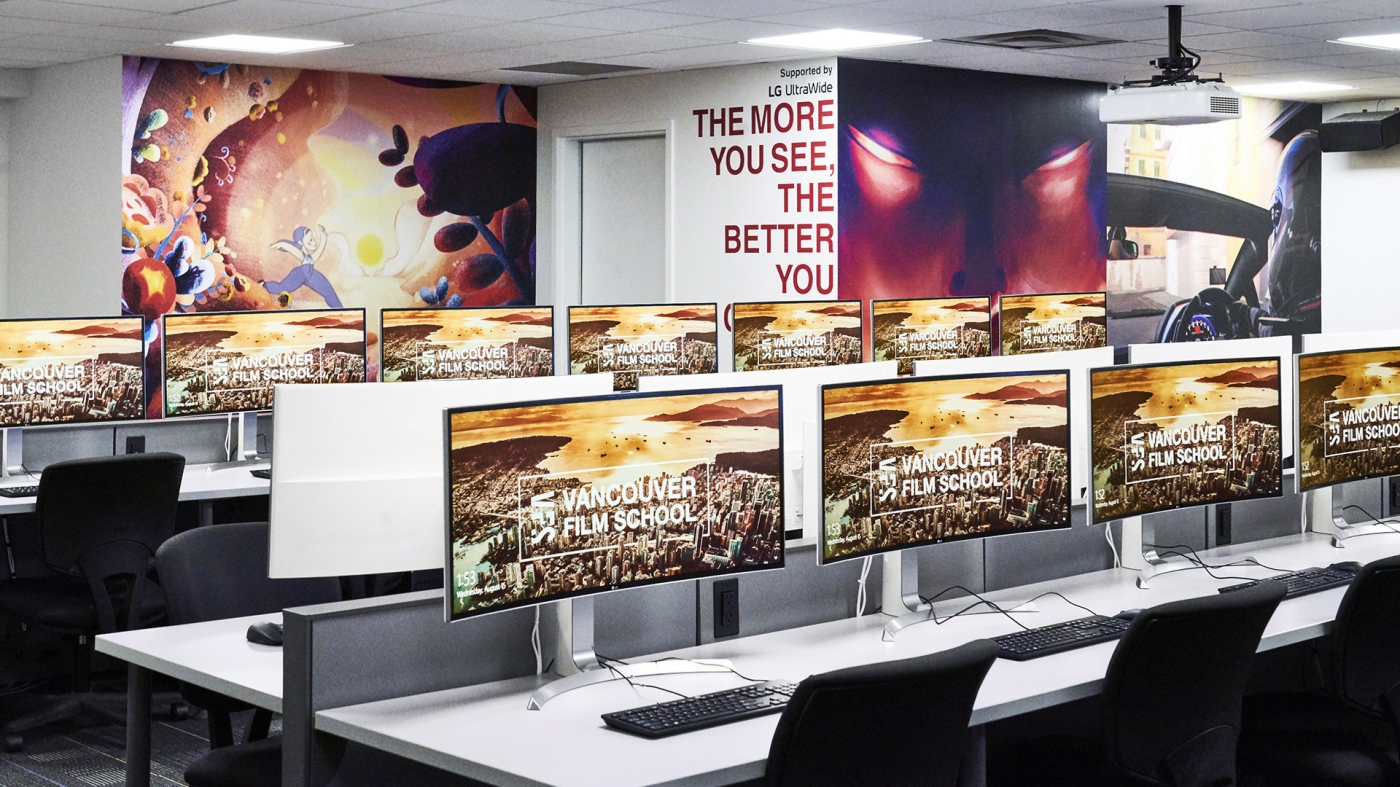 The Vancouver Film School, which was established in 1987 and is now a globally renowned leader in the entertainment arts education field, offers full-time programmes on eight sites. The school offers 15 post-secondary programmes that provide students with the industry-standard techniques and transferable skills they need to begin a rewarding career in acting, animation, film and television production, screenwriting, programming, makeup, sound, digital, game, or virtual reality/augmented reality design, among other fields.

Vancouver Film School  operates like a big studio, equipped with several production facilities that are required for the creation of material for cinema, television, gaming, animation, design, and digital application development.

In the immediate vicinity of its campuses are the film, animation, video game, and design sectors, and its students benefit from professional assistance and experience provided by industry mentors, teachers, and guest speakers. Those that teach at Vancouver Film School are seasoned experts with years of expertise at the forefront of the business, with credits on some of the most popular and well-known franchises, goods, and entertainment assets.

Every campus of Vancouver Film School (VFS) is conveniently located in the heart of downtown Vancouver, British Columbia. Facilities include workshops and production spaces, film sets, studios, screening rooms, and theatres, as well as a 280-degree green screen room for filming, motion and performance capture facilities, and access to computer labs with industry-standard software on a 24-hour basis.

Student services are available to assist students from the time they first enrol at the university until they complete their degree. The school realises the difficulties that come with relocating to a new city or nation. Some of the services the school provides are; Health and dental insurance, services in the field of mental health and counseling, events of cultural and social nature, open houses and campus tours for students, etc.

The Vancouver Film School seeks to provide a home away from home for its students. While renting in Vancouver may be costly, the institution strives to offer convenient housing that enables students to concentrate on academic and personal development.

The Housing Coordinator's strong relationships with landlords in Vancouver will assist students in locating housing that meets their requirements and budget. Whether students rent their own apartment, share with roommates, or live in a homestay, they have a variety of fantastic possibilities.

Students may live with a local family while attending Vancouver Film School via homestay. Students have the option of private or communal rooms with access to the Internet, television, laundry, and kitchen, as well as meals. Homestay families are an excellent method to immerse oneself in local culture and way of life.

The Vancouver Film School (VFS) and IBERO University have partnered to provide students with the chance to earn a scholarship and pursue a degree in the entertainment industry at Canada's leading postsecondary entertainment arts school. It has also formed a partnership with the Monterrey International Film Festival to provide Latin American students with the chance to win a full-tuition scholarship to study Writing for Film, Television, and Games at the University of the Philippines.

Kevin Smith, Sarah Canning, Neill Kopp, Colin Cunnigham are some of the more notable alumni of this college.

Note: Due to the fact that overseas students are evaluated on an individual basis, there may be extra prerequisites for admission to Vancouver Film School.